The Problem: A new VA Cemetery being constructed east of Buffalo, NY in the Town of Pembroke needed validation of the initial cut/fill calculations, which had been based on a topographic survey done several years prior by another team.

The prime contractor had two problems. The first was ensuring that the 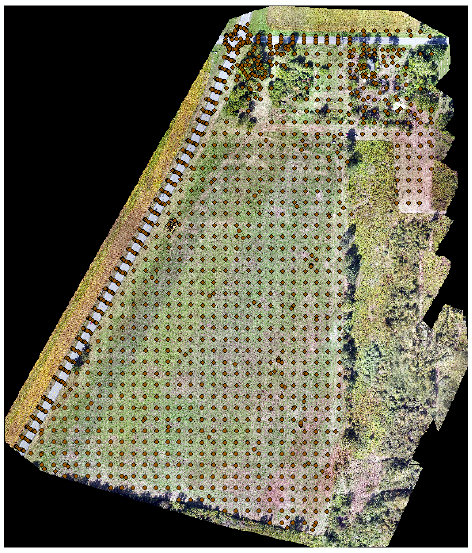 project stayed on budget with the initial cost estimate while providing detailed justification to the VA for any additional costs related to earth-moving.

The second was ensuring that the as-built infrastructure information was captured in accordance with a new VA Enterprise Data Model before key components were buried underground. Once buried, capturing needed information would be expensive or impossible. GroundPoint Engineering, under a subcontract with City Dronez Veterans and Global Urban Enterprises, was hired to plan and evaluate a UAS based topographic survey against the original survey, and to ensure that the field team collecting as-built infrastructure data was meeting the contract requirements up front.

Challenges:  The original topographic survey produced 1ft contours which provided the initial basis for cut/fill calculations supporting the construction plan. Both the UAS based survey and the original survey needed to be tested for accuracy to ensure the validity of any comparison between the two. Subsequently, the field team collecting as-built infrastructure data needed to be outfitted and trained on the latest Trimble© cloud technology and have their field data linked directly to the VA’s new ESRI© enterprise GIS. 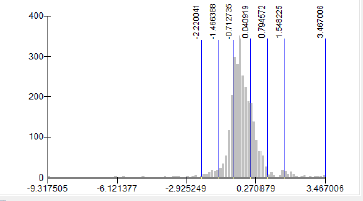 Solutions: GroundPoint commissioned a new checkpoint survey meeting the latest ASPRS and NSSDA standards for Geospatial Data Accuracy. Both the UAS data and the original topographic survey were assessed for overall spatial error, and maps indicating where the original survey deviated from the UAS survey were provided to the earth moving contractor to revise cut/fill estimates prior to significant earth moving taking place. Accompanying orthoimagery with the UAS topographic survey also met the VA GIS requirements for documenting pre-construction conditions.

Subsequently, GroundPoint sourced the latest Trimble R2 Rover package from Precision Laser Instruments in Pittsburgh, PA and and set the field team up with both VRS based real time correction and a direct connection to the Trimble Connect platform required by the VA GIS team. Using customized TerraFlex forms on the data collector, the field team is able to collected as-built data with a seamless cloud connection to update the ESRI gepdatabase and share results with both project staff and the VA oversight team.

Results: The new workflow established with the field data collection team allows the onsite construction manager to communicate with both sub-contractors and VA managers regarding construction progress and show mapped as-built data against the design layers instantly. Not only does the GIS data model allow for a running inventory of completed assets to support construction management, but when construction is finished, the data mode is fully populated and complete, saving significant time and money typically spent converting as-built CAD data into GIS. In addition, the up-front UAS survey demonstrated that drone derive survey data can exceed the latest national map accuracy standards for both topographic and planimetric mapping. These technology implementations on behalf of the VA have set the project on a trajectory to save both time and money for the prime contractor and the taxpayers alike.